I've been throwing it back to past over the past few blogs and revisiting the transformation of style throughout the past 17 years of NAM. Today I thought we would take a stroll down the evolution of....THE HAIR! And I gotta tell ya, this blog was my fave! It's funny how iconic hairstyles are. Think about it, even though FRIENDS has not been on the air for over 20 years, "THE RACHEL" is still something I think every generation can understand the reference and appreciate it!

2003 - 2005
In the early days, the style was VAST depending on your age. The curlier the better for the little girls, with matching bows or fancy up-dos! 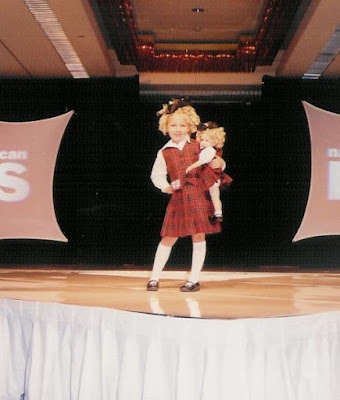 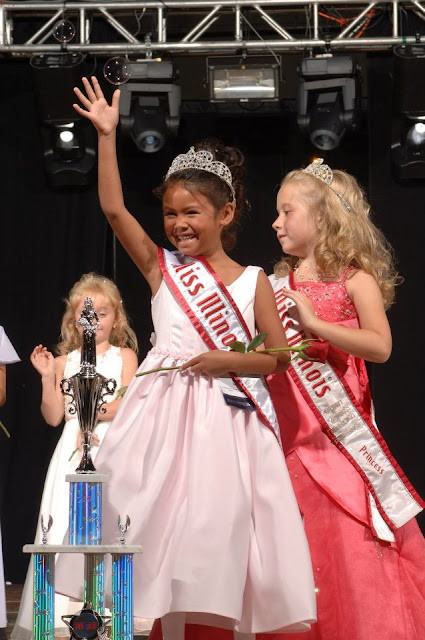 While older girls kept it super simple and almost BONE straight. It seemed like once your turned 13, you were automatically gifted a hair straightener and it was the one item you could not live without! (I clearly did not get the message, as I kept curling my hair. Yep, that's me in the middle!) 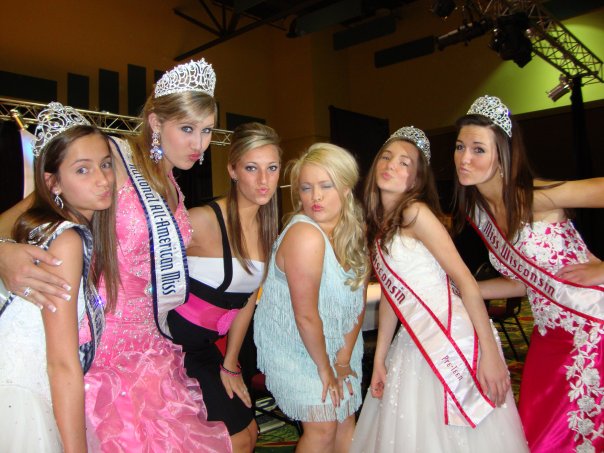 2006 - 2007
I introduce you to the return of "the bang" It seemed like EVERYONE - both younger and older girls were rockin' the bangs" Also, it seems like - I once again, was behind on the style as I didn't cut my bangs until 2013 (yep - that's me in the giant Barbie necklace) 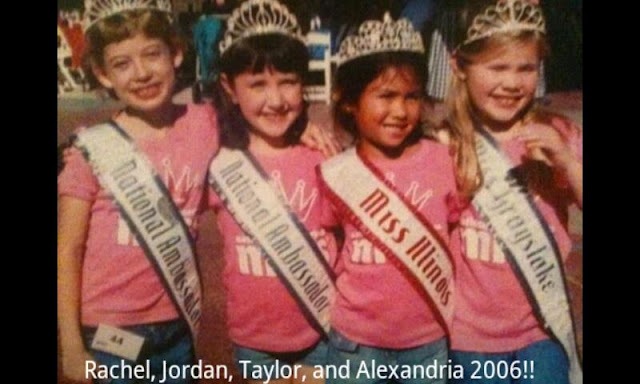 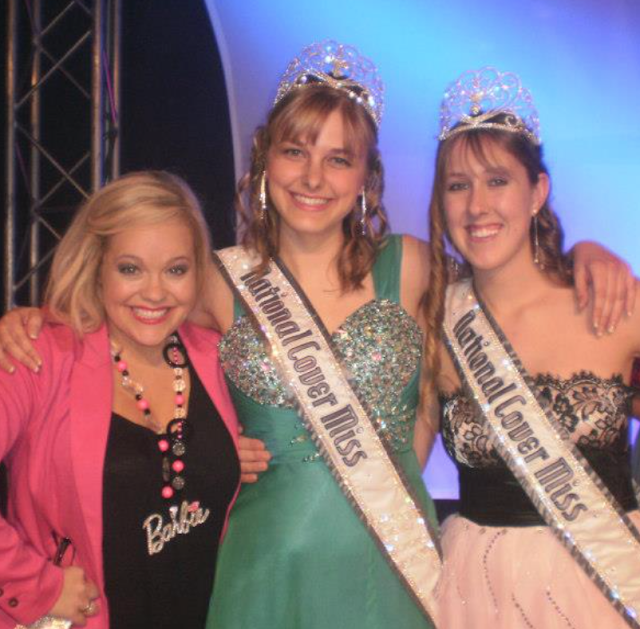 2008-2009
I like to call this the year of the "side sweep." Girls were sweeping one side of their hair behind one ear and pinning it back with poppy pins. They usually complemented it with soft, big curls. But, straight hair was also just as common. I think girls dug it because it was elegant, but worked well with EVERY age division and seemed relatively easy to do. 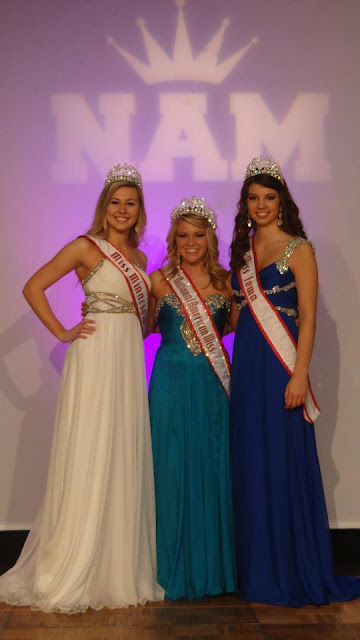 2010 - 2011
Then came "the wand" I was first introduced to the wand by Sarah Rose Summers, who is the current Miss USA. But, a then 15 year old Sarah showed me how she kept super tight curls throughout her hair ALL day long. It was a curling iron that had tapered at the bottom and had no clamp. You would wrap your hair around it and then hold it. I can't tell you how many times girls burned their fingers doing this! 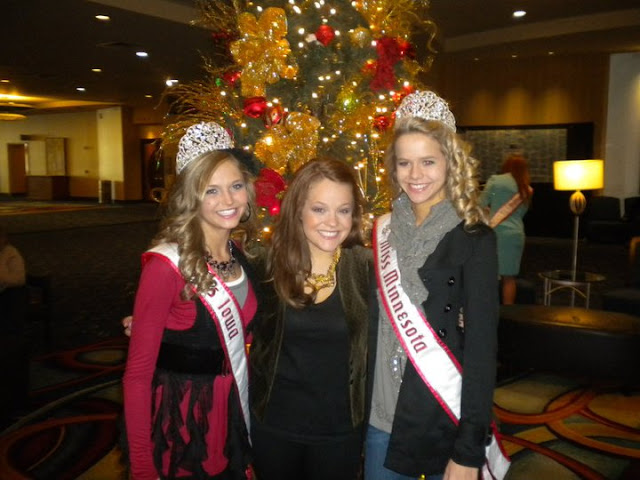 2012 - 2013
After the hype of the wand, girls were settling for soft, loose curls and the center part became "a thing." Ironically - girls were still using the wand to create the curls and then brushing it out. But, a new technique came about. Stylists were figuring out how to curl hair with a a straighter. Yep, they started at the top of the crown, clamped down on a patch of hair, and wrapped the hair around it - just like they had with the wand. Then they slowly releases and pulled the straighter down. Combing the hair out with a soft bristled brush and voila!

2014 - 2016
"The Swoop" had always been a pageant staple...since the 80's. Some variation of it will probably never go out of the style in pageantry, but it was REALLY prominent over the span of these 2 years. I can't tell you the number of girls that I saw in rehearsals with giant rollers in their hair to give extra body and curl.... and then a clip holding their swoop up right until the moment they went on stage. If you aren't sure what "The Swoop" is, its when your hair is parted to one side and the swoop is the side where your hair swoops UP and away from your face. It is ALMOST always met with loose curls of some sort and it seemed like EVERY division was rocking it! 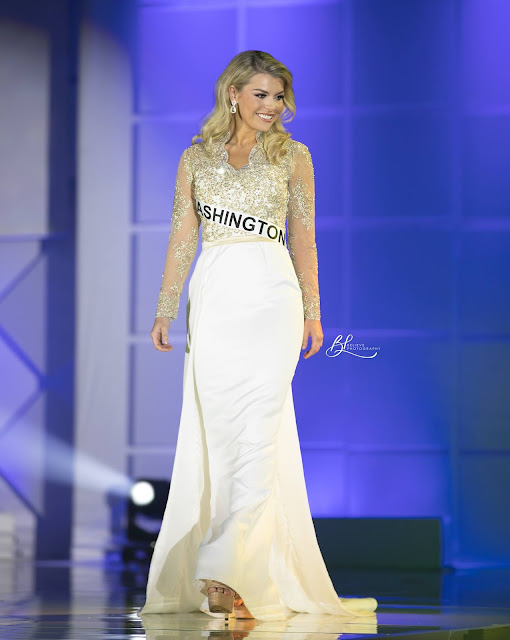 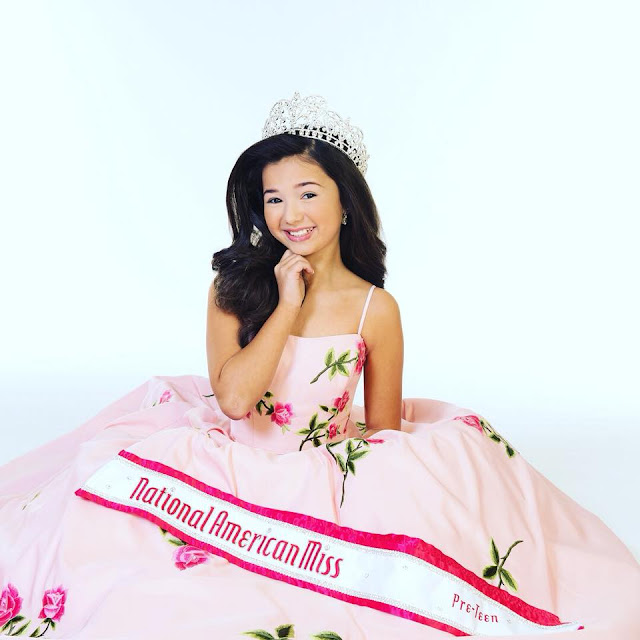 2017 - 2018
AU NATURALE seems to have been the theme over the past 2 years, with it really being prominent in 2018. I can't tell you the number of girls that were putting down the hair tools and chemicals and going with what God gave them...whatever that is! And, this wasn't just on the NAM stage, but almost every stage. This past year, I went to the Miss Universe Pageant in Bangkok and the women that were taking the international stage were rocking the most natural hair styles. Now listen - let's be clear - they weren't just waking up in the morning and getting on stage with bed head, but you get what Im saying! It seems that there is no such thing any longer as a "pageant do." Anything and everything is acceptable. Pageants were created so young women could feel good about who they are and what they want to accomplish...and having a hairstyle that makes you feel that way is just the cherry on the cake! 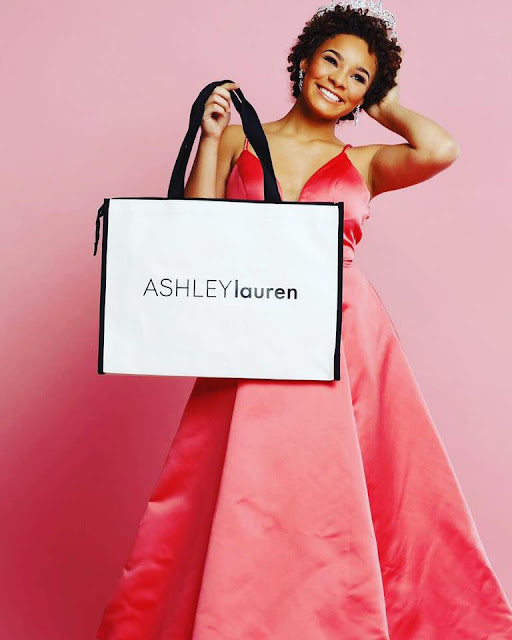 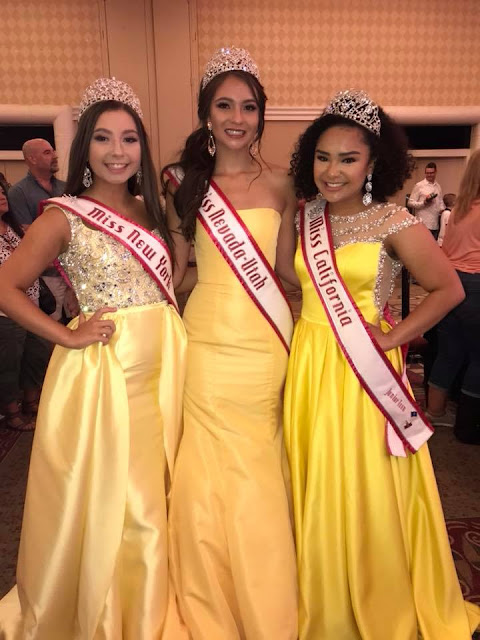 I am certain that 2019 will build off the all natural hairstyles we've seen over the past few years. The hair industry is always changing, beauty video tutorials have millions of viewers, and girls are feeling more liberated in their beauty choices than ever before. I'm just waiting for a girl to win wearing a scruncci...then I know life will come full circle!

Signing off in NAM Style!
Breanne! 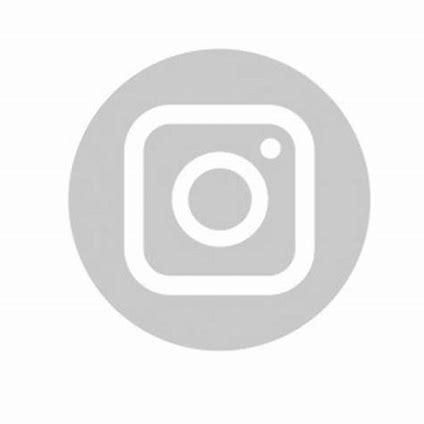